KUALA LUMPUR: With the temporary closure of cinemas in Malaysia due to the spike cases of Covid-19, the fourth Malaysia International Film Festival (MIFFest) has been postponed to next year.

The fourth edition of the Malaysia International Film Festival (MIFFest) is set to take place as a real-world event at the end of 2020.

But organisers will suspend two award events due to the ongoing coronavirus pandemic.

Despite the impact of the pandemic, “The 4th Malaysia International Film Festival” (MIFFest) will be held from December 5 to 10 as scheduled. 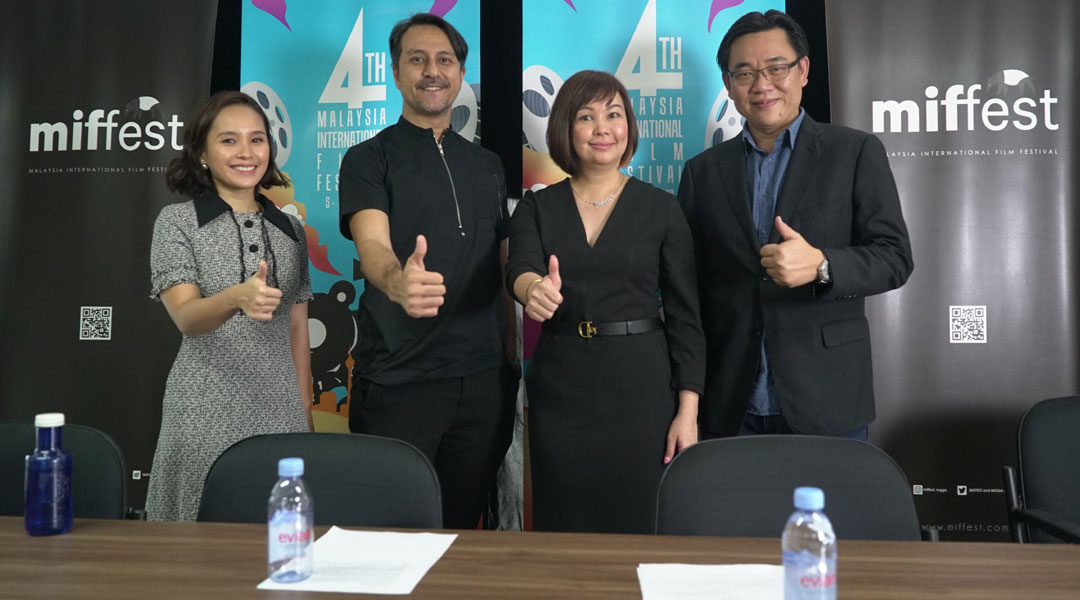 The 4th Malaysia International Film Festival (MIFFest) in 2020 will start at TGV theaters from December 5th to 10th. 19 films from various countries will be screened.

The “4th Malaysia International Film Festival ” (MIFFest) This year, actor Bront Palarae will be back as the festival ambassador where 19 films will be screened back to back.

The virtual press conference was held on 2 November 2020 and hosted by the festival chairperson, Joanne Goh. Nineteen films will be screened during the 4th MIFFest 2020 and all the films are making their premiere in Malaysia.

‘Victim (s)’ directed by Layla Zhuqing JI is selected as the opening film of the festival, whereas ‘The Story of Southern Islet’ directed by Chong Keat Aun will be the closing film. MIFFest is honored to have the continuous support of award-winning actor, director and producer Bront Palarae as the festival ambassador this year.

MIFFest is also honoured to have the continuous support of TGV Cinemas for their participation as the festival’s cinema partner this year. Standard Operating Procedures (SOP) and safety measures in the theatres are implemented to ensure the health and safety of all staff members and cinema-goers.

This year’s screenings will be free of charge as the festival is implementing the free cinema admission policy. Audiences only need to redeem their tickets at the selected cinemas prior to screenings. We truly hope that by the implementation of this policy, the festival would be able to assist in revitalizing the film industry in Malaysia, said Ms. Joanne Goh, the chairperson and founder of MIFFest. Ms. Goh hopes that the public will support the film screening during the 4th MIFFest 2020.

The festival has also collaborated with the film streaming service MUBI to present six films from MIFFest’s 2020 line-up on MUBI in Malaysia. Films selected by MUBI come from some of Southeast Asia’s most talented new directors and include ‘Cleaners (Glenn Barit)’, ‘Boluomi (Lau Kek Huat)’, ‘John Denver Trending (Arden Rod Condez)’, ‘Many Chickens, Lots of Luck (Önar Önarsson, Riboet Akbar)’, ‘Malu (Edmund Yeo)’ and ‘The Long Walk (Mattie Do)’. All six films will start showing exclusively on MUBI straight after the festival, starting with the Malaysian entry ‘Malu’.

‘We Are One’, the festival’s theme song sung by Uriah See, will be distributed by Warner Music (Malaysia) Sdn. Bhd. for the festival promotion. The theme song of the 4th MIFFest 2020 expresses the powerful Malaysian spirit to the world. Mark Lee as the writer composer has lifted the spirit to greater heights. Moreover, ‘We Are One’ is produced by Alex San, executive produced by Joanne Goh, music composed by Uriah, music arranged by Alex San and Chong Yin Fen.

The festivals animated short film was also launched at the virtual press conference.  The 4th MIFFest 2020 which is being organized by Jazzy Universe would like to express its gratitude for the support and contributions of the Co-Presenter: Sunstrong Entertainment, Official Cinema Partner: TGV Cinemas, Official OTT Platform: MUBI, Supporting Partners: FINAS Malaysia, Ministry of Communications and Multimedia, EIFX Expresso Infusion FX Sdn Bhd, Official Drink: A BOBA CHA, Special Thanks: J PIN.

MIFFEST would also like to invite the public, students filmmakers, and film enthusiasts to celebrate films from 5 Dec to 10 Dec 2020. For more information, and updates, please stay tuned for more announcements on MIFFest’s social media pages and official website, www.miffest.com.my. Miffest Project Market 2020 will officially launch tomorrow!
All filmmakers are welcomed to participate!

“A Moment of Happiness” was selected as one of the 5 best movies in Southeast Asia in 2020 by the famous British magazine NME!

Sunstrong Entertainment is media & entertainment investment company founded in 2017 at Malaysia. We have been actively investing in film production, music events and film distribution projects that are compliant to our vision and mission.

Get out latest news as quick as possible. By entering your email address below.


* Note: Your email will be kept secretly.